Getting It Write: Biblical Novel

Patricia Annalee Kirk, author of Martha's Sister Beloved Prodigal, blogs about biblical truth, the life of a struggling writer, and other thoughts. Read: The Man With Two-Color Eyes Jesus Called Judas "Friend" Who IS That Woman The Humanity of Humans and other not always profound thoughts.

*
© Getting It Write: the biblical novel. Copyright 2016 PuckettBrowne Publishing

These blogs can be used on your blog with permission.. Please contact me by email. I will be flattered..

No Beauty to Attract Us To Him 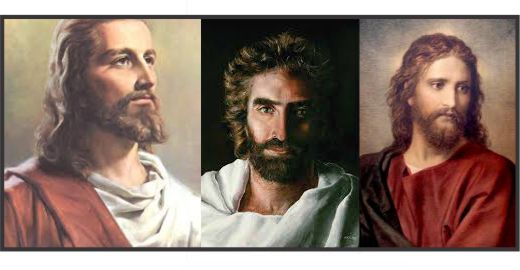 Revised and reprinted from August 2016

I have a small statuette given me by my son, Russ. It portrays a famous painting of Jesus kneeling and praying. I keep that on my television cabinet because my son gave it to me. And it identifies me as a Christian to anyone who comes to my apartment.

Many artists painted masterpieces of the God they adored.

There‘s one problem. They don‘t portray Jesus. In this medley of paintings, the middle may come nearest to representing him. The Lord was a Mediterranean Jew. But after walking to reach distant destinations, and often sleeping in tents, was he that good-looking?

He grew up before him like a tender shoot, and like a root out of dry ground. He had no beauty or majesty to attract us to him, nothing in his appearance that we should desire him. Isaiah 53.2 (NIV)

Peter didn’t respond to a beautiful face after Jesus looked deep in his eyes from the cross. Peter denied him for the third time. Gazing up, the apostle ran away sobbing. He responded to the holiness of our Messiah.

Did the Lord grow such a short beard? Did they cut their hair unless they took a vow?

If Jesus was a myth, we can imagine him in any guise. As a real man, he shared the traits of his ancestors— Mediterranean Jews. Otherwise a respectable Jew wouldn’t have allowed him to preach in the synagogues or called him rabbi. Can you imagine a red-headed blue-eyed, or African American rabbi sitting on a rock, teaching all those dark-eyed, dark-haired people? Skin tone may have fallen somewhere between the red-hair Jesus and the African American. The middle Jesus above may represent his most realistic color.

Do you agree? I covet your feedback.

Other two works are classics

Posted at 04:00 PM in No Beauty to Attract Us to HIm | Permalink

This is only a preview. Your comment has not yet been posted.

The letters and numbers you entered did not match the image. Please try again.

As a final step before posting your comment, enter the letters and numbers you see in the image below. This prevents automated programs from posting comments.

Having trouble reading this image? View an alternate.