Woe to Those Who Call Evil Good

Our nation stands at a crossroad. 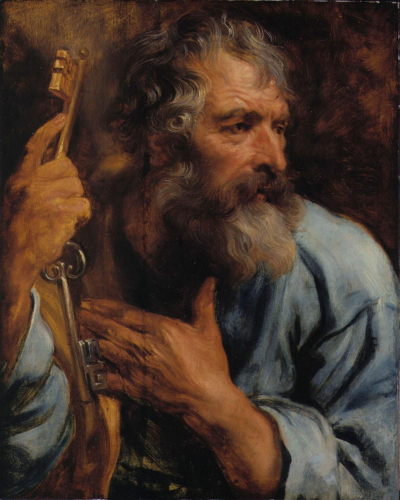 But Peter and the apostles answered, “We must obey God rather than men.

And every day, in the temple and from house to house, they did not stop teaching and preaching the good news of Jesus as the Christ.

Click Acts 5:28-29 above  to read the chapter and see the verses in context

Peter and the apostles risked their lives to tell the story of salvation after the crucifixion of Jesus. Jail didn’t stop them. In Acts 5:17-40. they stood before the Sadducees who warned the apostles not to speak of Jesus. After release, the apostles and the group continued to preach Jesus. Infuriated Sadducees planned to execute these men of God. An influential Pharisee named Gamaliel advised against it, so they flogged them and let them go.

According to the Merriam-Webster Dictionary, flogging means to beat someone with a rod or whip. The first definition applies here. The men suffered painful wounds. But no sooner had the group received the flogging than they continued their work, knocking on doors with their good news. Did they stagger from their pain?

America suffers different testing. We get in trouble for calling out sin. In the 50s and 60s a popular singer, Anita Bryant, fought the drive to make homosexuality respectable. Hollywood blackballed her. A spokesman for orange juice, the company removed her. No one stood up for her in a meaninful way.

Sixty-plus years later, a transgender man who called himself a woman complained of being offended by being called “he.” The offender apologised.

The LORD formed a boy in a woman’s womb. He became a man who wanted to be a woman, going through dangerous surgery. And now he wants us to honor his sin by adding our own. We must call him “her.” I'm sorry sir. It ain't gonna happen.

Society changes with breakneck speed. People lose their businesses and livelihood because they won’t take part in gay weddings. Thankfully the Supreme Court protects religious freedom, but not before the businesses bankrupt.

That confused man and those people defiling weddings don’t consider the offense they cause God. You don't offend God if you have any sense. Do we believe the pandemic happened by accident? Did 383,351 deaths in America take place for no reason? (Numbers as of January 14,2021)

The year 2020 shocked the world. Homosexuality and its outgrowth don't share all the blame. Shall we talk about abortion? I have divorce and other sinful failures in my past--once at least as a Christian. The LORD forgave me but the LORD forgave David and his baby still died.

We as Christians hurt the LORD with our "Tolerance." The Baptist church in our town does gay weddings. The Catholic Bishop put out a statement that the Catholic church plans to do them. Those churchs should now be ghost towns.

Another church in our town lost most of its congregation because it refused to do gay weddings. Why isn't it now a megachurch? Love sinners. Welcome them. But don't honor the sin.

I read on Facebook that the Korean government sentences Christians to prison to starve them to death. In Nigeria, terrorist groups kidnap Christian girls, rape them, and force them to live with their captors. The government allows this.

If we don’t stand against sin, we’ll graduate to worse persecution, soon joining the ranks of Korea and Nigeria in horror.

We must obey God rather than man.

Dear Lord, please give Christians all over the world courage in the face of persecution. Please guide us to copy the apostles.

Posted at 11:00 AM in Apostles, Bible, Evil, Persecution, Peter, Woe to Those Who Call Evil Good. | Permalink | Comments (0)

Everyone who reads Revelations has a unique interpretation, so I won’t add mine. But this ugly guy shows only one of seven heads from Revelations 12:3's Satan. We all agree his tongue is a raging fire.Today’s fire-eating dragons look different, but they ruin their surroundings just as quickly. 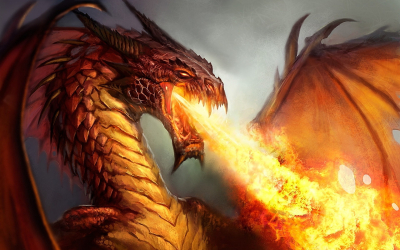 And the tongue is a fire, the very world of unrighteousness; the tongue is set among our body’s parts as that which defiles the whole body and sets on fire the course of our life, and is set on fire by hell.

Isn’t it sad the way the Lord sugar coats everything? I felt His voice leaping off the page in James 3:12. We need not wonder what He means.

And, before I continue, I confess to times my mouth engages before my brain and something comes out that spoils my day. How could I say that?

So who is today’s fire-spewing dragon?

A sweet elderly lady sidles over beside you. She appeals for prayer for Rod and Sarah, “They’re thinking about divorce, you know.”

In government offices, no one gains access to sensitive information without “The Need to Know.” You need information to perform your work. So you go to the person in charge. After filling out papers, if that individual believes the information vital, you will see it. It’s understood you won’t share it.

They wouldn’t clear me to hear about Rod and Sarah. I didn’t know. And I don’t need to know. (Rod and Sarah: Not their real names).

A group of women sit around a table drinking coffee and discussing the behavior of the woman who didn’t come. It’s never “I so admire Caroline.” It’s “did you hear what Caroline did?” My mother went to such a group once or twice. She needed friends, not critics.

Today’s dragons verbally abuse spouses. Or their children. The well-dressed child, alias Judy, makes perfect grades—though never good enough. She brings her friends to her perfect home. The mother provides cookies and milk. But the child feels broken inside, full of self-loathing.

No one understands why Judy becomes belligerent in her teens. Her parents get a call from the hospital—drug overdose. She had everything. What happened?

The best teens show eye-rolling boredom at parents. It doesn’t mean you’ll get the call from the hospital. But how often do you say “well done?” At that age you may have trouble findng "well done" but there has to be something.

The dragon becomes a politician. Adolph Hitler swayed Germany with his speech until he convinced the populace that they must annihilate an entire group of people.

They’re schoolyard bullies going after a disabled  or ethnically different child. They can drive a vulnerable child to suicide.

I saw an autistic child who can’t speak, talking in his own language. Another child came along and made fun of the speech. He jabbered back. The autistic boy didn’t take offense. But I did. I let it go. If the autistic child wasn't upset, I didn't want to upset him.

Children need to understand differences. I read an article in which a young baseball team let a disabled boy play with them and then gave up the win so the child could make a home run. He never forgot his triumph. He died the following summer. Children can learn to respect others.

God spoke the world into existence. Let’s not speak it into destruction.

Dear Lord, please teach me to hear what I say before I say it. Let me be gracious.

The Wrath of Satan 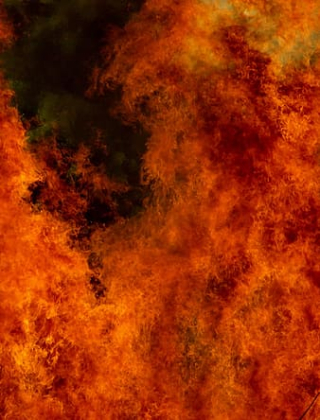 Be of sober spirit, be on the alert. Your adversary, the devil, prowls around like a roaring lion, seeking someone to devour.

Then the Lord said to Satan, “Behold, all that he has is in your power; only do not reach out and put your hand on him.” So Satan departed from the presence of the Lord.

“Simon, Simon, behold, Satan has demanded to sift you men like wheat; but I have prayed for you, that your faith will not fail; and you, when you have turned back, strengthen your brothers.”

Satan fell from heaven because he, a created being, believed himself equal to the God of the Universe. What a shock to hurtle toward the earth when the LORD cast him out. Evil incarnate, now he’s evil with a purpose. Get God’s people. Frightening. Peter refers to him as our adversary. Think of the worst thing you ever experienced. The devil manufactured that.

But when he wanted to bring Job down, he went among the sons of God into God’s chamber. The LORD pointed to Job as one of His favored children. And the devil convinced the LORD to allow him to destroy Job’s faith. “He will curse you to your face.” The LORD gave him his way for His purposes.

Then he ruined Job’s property and killed his children. But Job stayed faithful to God. So Satan went back to the Father and demanded to infect Job’s body. And Job grew sores. In addition, Job had the “comfort” of the three worst friends in history. Finally, God restored Job.

There’s a pattern here. The devil can’t touch God’s followers without first asking the LORD. He can demand, but he can’t act without permission, and the Father limits the extent of the devil’s power.

I’ve seen miracles that began with terrible illness, addictions, and financial ruin. But the Lord used those situations to show His love and mercy through healing. And to bring people to salvation.

Did Satan gloat on the day the Christ died on the cross? He won. He killed the Son of God. Supposedly the devil knows the Bible, but he missed that part, prophesied through the Tanakh (Jewish Bible). I’ve noted in another post that it contained 300 or 400 prophesies of the resurrection of Christ. Satan lost his power for eternity.

So what can we do to stay out of the clutches of the personification of evil, a liar incapable of any good, and malevolence only the creator of hate might muster?

Be of sober spirit, be on the alert. Immerse ourselves in the word of God and pray. Make no move unless we talk it over with the Lord. When evil happens, and believe me it will, cling to God with every bit of strength we have. When we feel his presence, “resist the devil and he will flee from you” (James 4:7).

But what of our friends and family who haven’t accepted the Lord? What is the answer for them? You can guess my answer. Us. And fervent prayer. Pray for their safety and for their salvation. We are their only protection.

Dear Lord: Everything on earth is in Your hands, including Satan. I trust You to protect me and get me through. 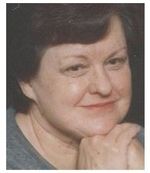